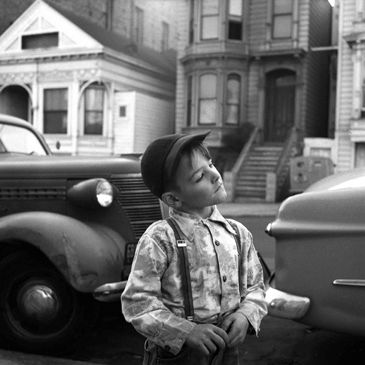 Thousands of images were received from 68 countries worldwide. The awards international jury included captains of the industry from Magnum Photos, The Armory Show, Fratelli Alinari, Contrasto to Tate and Hamiltons in London who honored Spider Fellows with 84 coveted title awards in 28 categories. The judges reviewed the entries online for eight weeks before making their final nominations, and two of Gerald Ratto's exceptional images entered in the People category, "Children of the Fillmore" and "Jane Russell" received a high percentage of votes over all.

"The Spider Awards celebrates photographers who operate at the highest levels of their craft," said Basil O'Brien, the awards Creative Director," Gerald Ratto's work represents black and white photography at its finest, and we're pleased to present him with the titles of both Honorable Mention and Nominee.